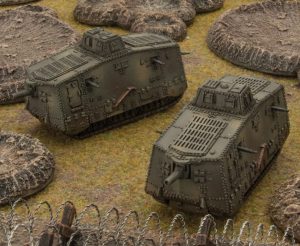 Includes One A7V Tank and one Decal Sheet

The Germans began exploring the possibility of developing their own armoured vehicles soon after the first encounter with British tanks in September 1916. However, the process was slow and clearly had lower priority than the British and French efforts.

Check out the A7V Panzer in the online store here…

The A7V committee oversaw development of a German-designed tank, and by the end of October 1916 they had developed the specifications for the tank. The initial design and plans were completed by December 1916, but were revised in February 1917 to incorporate the updated specification of 30mm of frontal armour plate.

The resulting A7V tank was a 24’ by 10’ (7.3m x 3m) box with two track units slung beneath the fighting compartment. Armour thickness was 30mm on the front, 15mm on the sides, and 20mm on the rear. Armament consisted of one 5.7cm Maxim-Nordenfelt gun facing front and a total of six Maxim machine guns arrayed around the sides and rear.

Two 100hp four-cylinder engines powered the tank giving the vehicle a reasonable power to weight ratio for the time. The caterpillar track system of the A7V also had one key advantage over its Allied contemporaries-the A7V utilized a spring loaded suspension system rather than the crude un-sprung systems found on Allied tanks. This gave the A7V a speed of roughly 8 mph on flat ground, making the German heavy tank roughly as quick as the British Whippet or nearly twice as fast as the Mark IV.
As with all early tanks, the A7V had its share of problems. The engines tended to overheat and were difficult to start, the gearboxes were fragile, the tracks were weak, and even the armour plate had severe variations in strength and thickness. The A7V required a crew of 18 to operate properly, though 12 members of the crew were responsible for the six machine guns in two man teams. Trench-crossing ability and ground clearance were inferior to many of the Allied tanks resulting in the A7V frequently bogging down in soft terrain. 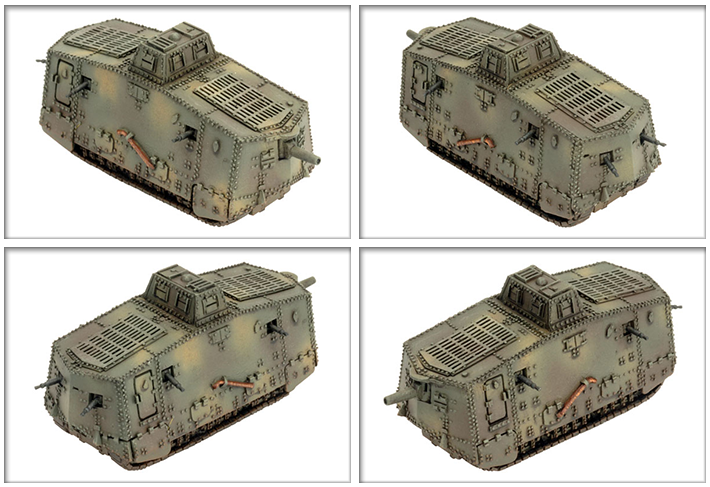 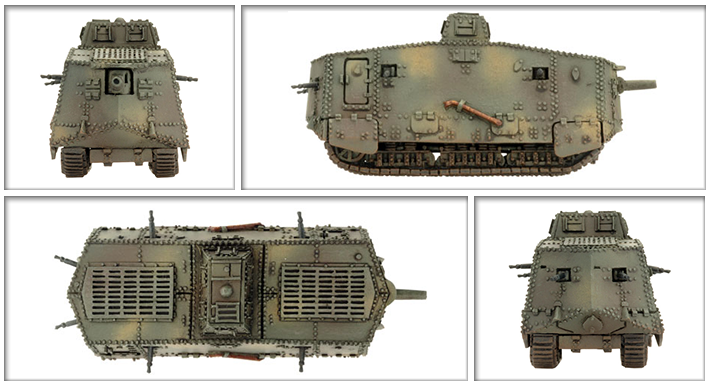 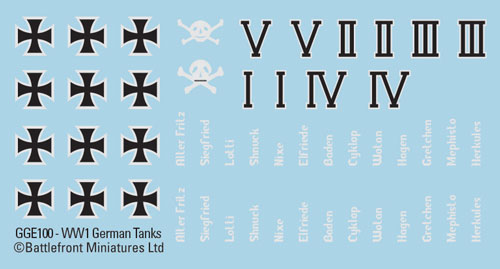