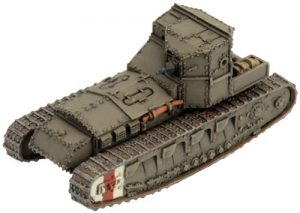 Includes one Mark A Whippet Tank

While the Mark I and later the Mark IV tanks were excellent infantry support weapons, and could even create a substantial breach in an enemy line when used in numbers, they lacked the speed to exploit that gap. In late 1916, William Tritton proposed a faster vehicle to the Landships Committee which would be capable of filling this role on the battlefield.

Check out the Mark A Whippet in the online store here…

Unlike the large crew of the Mark IV, the Whippet managed with a standard crew of three, a commander, driver, and gunner. Given the gunner was responsible for manning both two machine guns (which could point forward, left, right, and rear), sometimes a second gunner was squeezed in.

As its primary role was to get these guns into the enemy rear as quickly as possible, the Whippet was designed with two 45hp engines-one powering each track. This gave the Whippet a top speed of 8.3mph, far faster than its heavier cousins.

The Mark A Whippet Tank 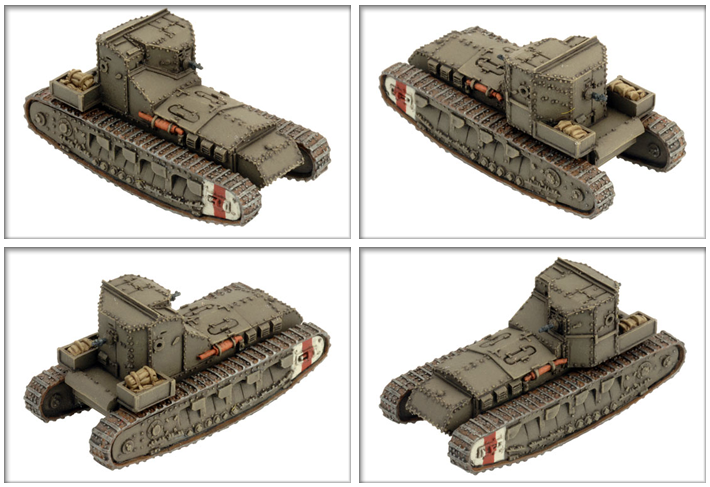 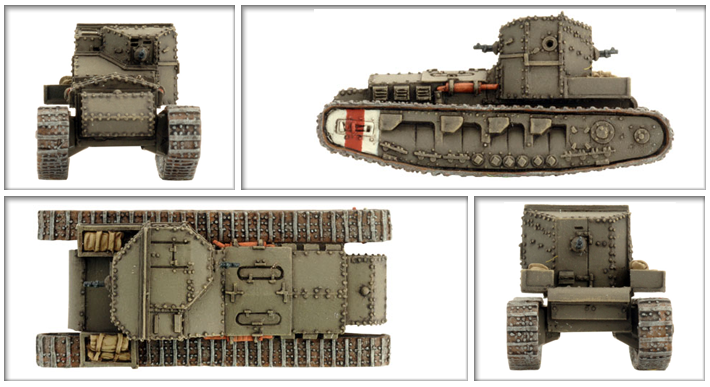